Bösendorfer, one of the world's oldest and most prestigious piano manufacturers, will sponsor the Open Goldberg Project, which is creating a new score and recording of J.S. Bach's Goldberg Variations. Both the score and the recording will be released as public domain works, guaranteeing that they will be free for everyone, forever. The variations will be performed in a top German sound studio by award-winning pianist Kimiko Ishizaka, to produce a definitive contemporary recording of the highest professional standard. The score will be created by MuseScore, the leading open source music notation company. 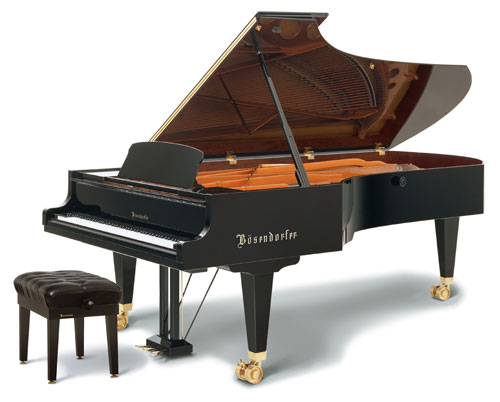 As sponsors, Bösendorfer will provide their flagship concert grand piano, the 290 Imperial CEUS, for the recording. The piano’s unique, rich tone and almost orchestral sound are thanks in part to its powerful soundboard and the high proportion of Alpine mountain spruce used in its body.

Aside from lending additional beauty and depth to the recording, Bösendorfer's contribution will also make a CEUS recording of of the Goldberg Variations possible. CEUS is a system that allows suitably equipped pianos to faithfully record and reproduce real, live performances by playing the recording back on the piano exactly as played. Every detail, from the velocity of the key stroke to timing and pedaling is reproduced as in the original performance. The CEUS recording of the Goldberg Variations will also be released to the public domain.

Fundraising for the Open Goldberg Project, including the opportunity to order CDs of the recording and copies of the score, continues on Kickstarter.com until June 2nd, 2011. Thanks to the enthusiasm of backers on Kickstarter and premium sponsors like Bösendorfer, the Open Goldberg Project is breaking new ground in arts financing while making a lasting contribution to the public domain.